Combat the Threat of Hearing Loss at the Source

Protect both workers and members of the public from unwelcome noise pollution. The decibel value, or dBA, is an expression of the relative loudness of sounds as they are perceived by the human ear. For reference, a normal conversation takes place at approximately 60dBA; a food blender at 3 ft. is approximately 90dBA. Each move up of 10dBA represents a doubling of perceived sound, so 80dBA is perceived as twice as loud as 70dBA, and four times as loud as 60dBA.

Noise in the workplace (occupational noises) poses a health risk for anyone persistently exposed to it. Not only can it damage hearing, it also creates a distracting work environment that may lead to other safety issues.

BCI now offers Noise Reduction Barriers to reduce common construction noises by up to half. This reduction could change the perception of a 90 lb. jackhammer breaking concrete to a similar experience of standing in the kitchen while using a household blender. 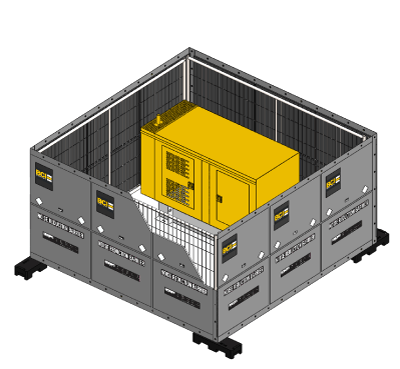